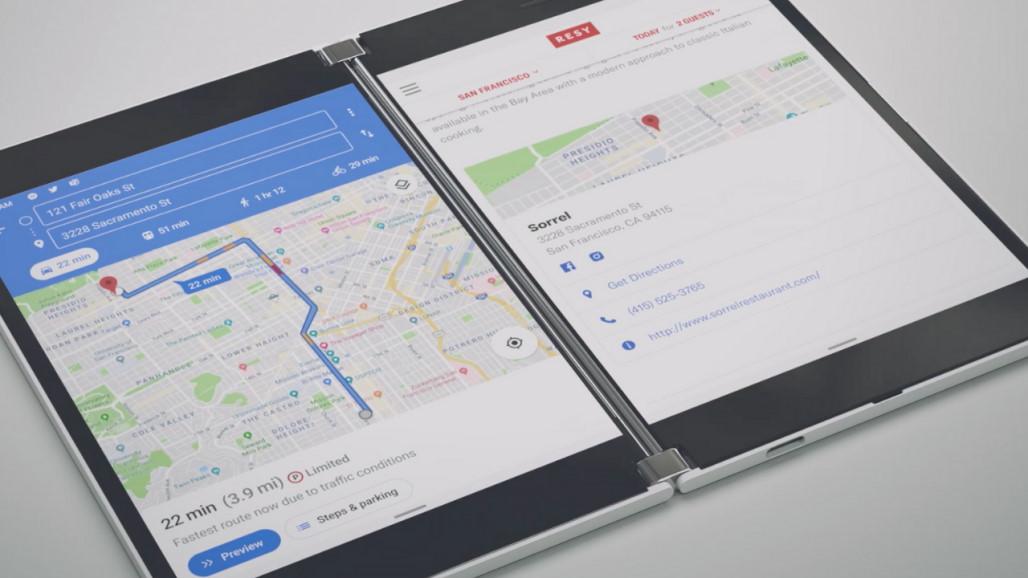 Microsoft's Surface Duo is a folding phone, but it relies on two displays rather than one that folds. However, a new patent suggests Microsoft's future folding phones may end up using three displays, effectively giving us a Surface Trio.

The Surface Duo is a much more durable take on the folding phone, but it has a hinge in the middle making for a noticeable gap between the two displays when open. As Windows Latest reports, a new Microsoft patent suggests a fix for the gap is possible by adding a third, very thin central display.

With a third display positioned in between the two main displays, the hinge gap/mechanism can potentially be hidden behind it. That way, when the phone is open, all three displays can sit together seamlessly with only the thinnest of lines between them. This so-called "edge screen" can be limited to show different types of information dependent on the orientation of the device.

The diagrams in the patent suggest the edge screen could be double-sided, meaning it can display a thin strip of information when the phone is closed, or add additional screen space when the phone is open. In either case, it makes sense for the edge screen to display information you'd typically find at the top of a single-screen phone's display, including battery life, message notifications, time, date, and incoming caller details when appropriate. When open, it would also be a great place to locate browser tabs, or to make it easier to slide an open app or document from one of the main screens to the other.