The most powerful supercomputer in the world 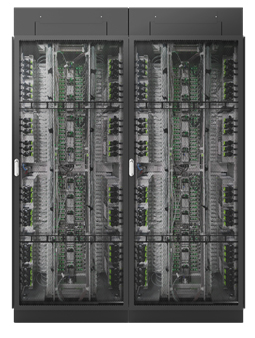 The most powerful supercomputer in the world is the RIKEN Fugaku from Fujitsu.

It is installed in Kobe, Japan and performs at 400 petaFLOPS for scientific calculations and exaFLOPS for AI operations. Very interestingly, Fugaku does not use GPU accelerators and traditional processors, but runs on ARM. A64FX processors with 48 cores at 2.2 GHz are used. Fugaku has 158,976 of these CPUs installed in 400 server racks. The memory is 4.85 PB and the throughput is 163 PB / s.