Google Maps has changed their look! Did you know? 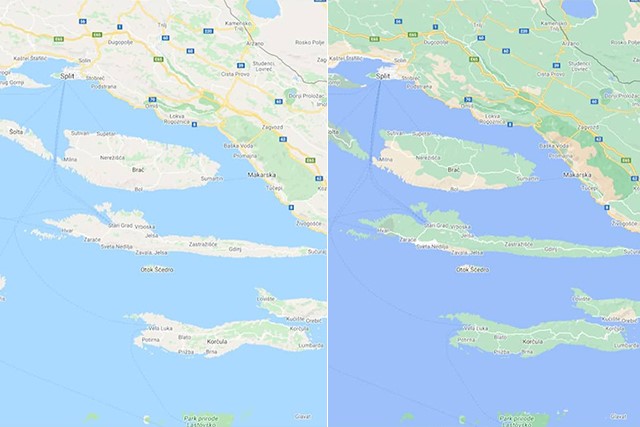 Many users have complained that the maps on Google Maps are faint and the colors blend in. That's why Google has come up with a new visual style.

The last design changes were made by Google Maps a few years ago, when the shopping area in built-up areas was highlighted and road outlines were removed. But that was a change for the worse - the colors were still indistinct, and moreover, the individual areas merged into each other.

However, the service has now heard the comments of its users and introduced a new form of the base map. It is now more colorful, and therefore more pronounced. The elements no longer merge into each other and capture reality more. Google used satellite images to color the areas and used the algorithm to convert them into flat graphics.

This means that if the area is actually green, but has so far been grayed out on the map, it will now appear green.

City zones will also be more elaborate, in which you can easily distinguish sidewalks, pedestrian crossings and other elements.

However, the advent of the new design will be gradual. London, New York and San Francisco will change first, followed by other cities.