6.3.2020 | A rover without a driver begins to deliver food in the United States 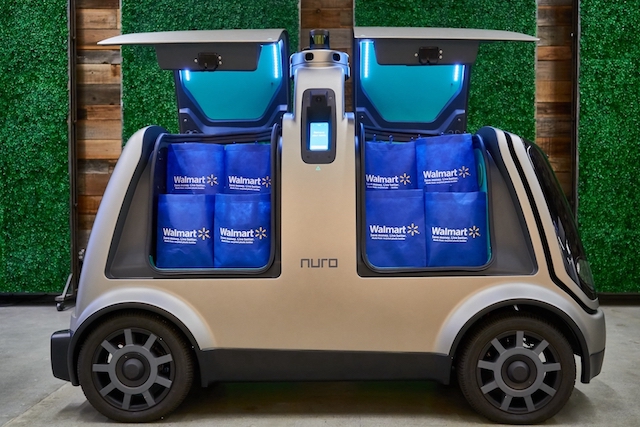 A total of 5,000 should be launched.
Autonomous machines are slowly beginning to take over many of the activities that until recently had been done by people. In production and service, human power is slowly being replaced by cheaper and more powerful robots.

And one such facility will soon be heading to the streets of Houston, where they will be represented by pizza men and other food. It is the Nuro R2, a low-speed autonomous electric vehicle that exactly meets the requirements of restaurants and shops that offer imports.

The employee simply places the order in the storage space on the side of the vehicle and does not have to worry about anything else.

Nuro had not been able to test in full operation until now, but now it received the green light from the National Highway Safety Authority and the Ministry of Transport. The people of Houston will soon be looking forward to a new messenger.

A similar permit was issued for the first time in the United States, and it was complicated by the fact that the current regulations do not provide for vehicles without drivers and passengers.

The cart will start shipping Walmart orders and the Domino’s pizzeria. If the Nuro R2 proves successful in trial operation, the company plans to deploy up to 5,000 units on the streets.