YouTube fails to reach a last-minute deal with Disney resulting in a loss of TV programs.

22.12.2021 | YouTube fails to reach a last-minute deal with Disney resulting in a loss of TV programs. 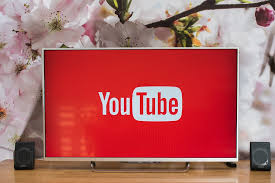 YouTube TV has failed to reach a last-minute deal with Disney to keep more than a dozen Disney-owned channels on the live TV streaming service.

As of December 18th, popular networks including ESPN and ABS have been removed from the services. As promised, YouTube TV has dropped its subscription to $50 a month as a direct result of the lost programming.

Disney said in a statement late Friday that after ongoing negotiations with YouTube TV, “they have declined to reach a fair deal with us based on market terms and conditions.” “As a result, their subscribers have lost access to our unrivaled portfolio of networks including live sports and news plus kids, family and general entertainment programming from ABC, the ESPN networks, the Disney channels, freeform, the FX networks and the National Geographic channels,” the company added. “We stand ready to reach an equitable agreement with Google as quickly as possible in order to minimize the inconvenience to YouTube TV viewers by restoring our networks. We hope Google will join us in that effort.”