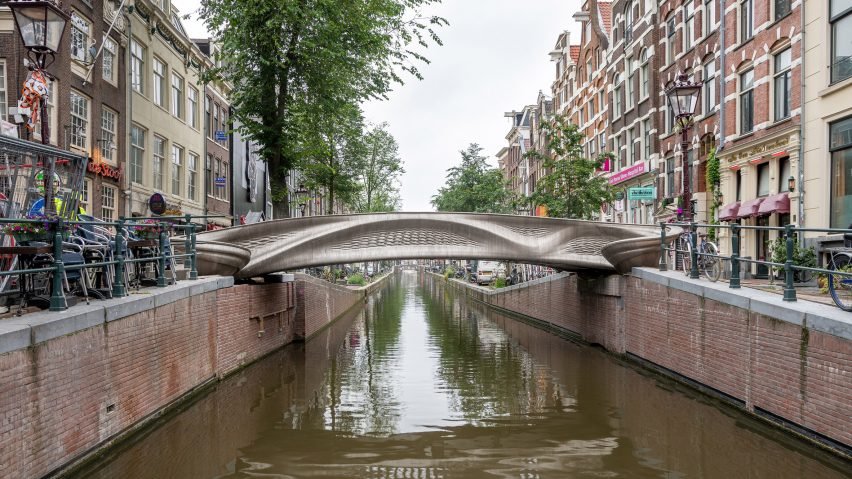 The world's first 3D printed steel bridge has opened in Amsterdam in the Netherlands.

The 3D printed steel bridge was made by Imperial College London. Managed by Dutch company MX3D, the bridge is 12 meters long and weighs 4.9 tons.

It was built by four industrial robots and entailed six months of printing. Its construction also required more than four years of hard work by the researchers prior to it being built.