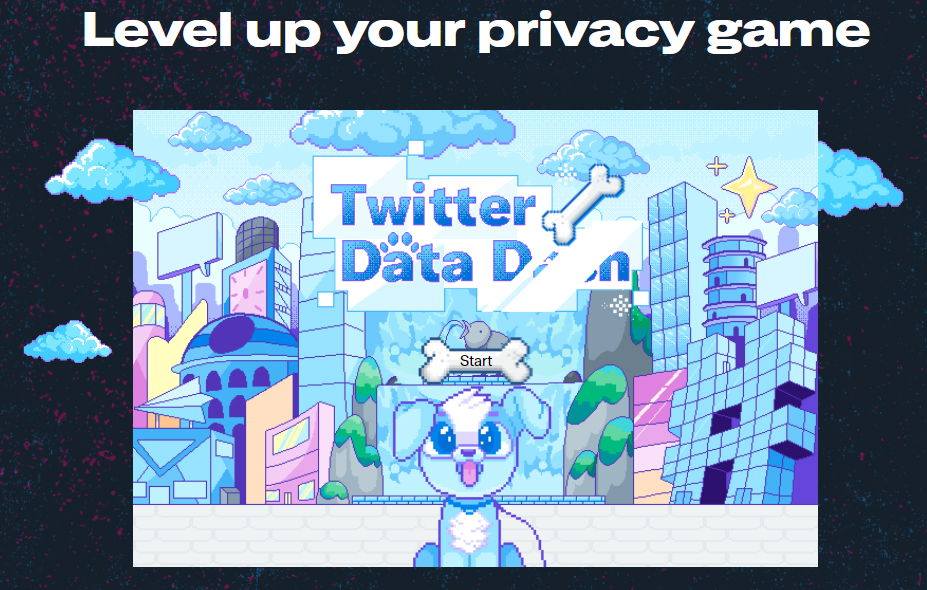 Twitter released a new browser game on 11th May that’s intended to help explain some of its privacy settings. You can now play the game, called Twitter Data Dash.

When you start Twitter Data Dash, which was made by Momo Pixel, you’ll first pick the language you want to play in, and then pick from one of four characters who will accompany Data the dog on a couple of the levels.

The game itself is a pretty straightforward side-scrolling platformer. Each level is themed around what I can best describe as Twitter Things — one features cats wearing ad boards, another has you avoiding trolls — and your goal is to collect five bones as quickly as you can. If you get the bones, the game will explain something about Twitter’s privacy settings related to that level and even offer a button linking to Twitter’s settings.