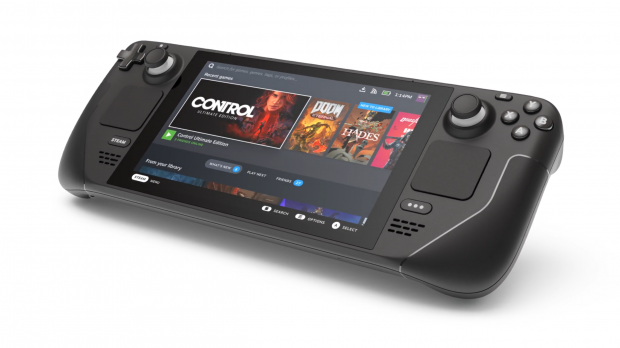 The video game platform Steam has recently revealed the handheld Steam gaming device called Steam Deck, which will arrive within December in the US, Canada, EU and UK regions with a price of $399.

It is similar to the Nintendo Switch device with seven inch touchscreen, 1280 x 800 resolution and 60Hz refresh rate. It is also said to include dual thumbsticks, 32.5mm square trackpads, analog directional pad, four main face buttons, triggers and a quartet of grip buttons, as well as gyro controls. It will also has a headphone jack, stereo speakers, dual microphones, haptic feedback and weights around 669 grams.

Teaming up with AMD on the hardware, Steam Deck’s custom chipset features a 2.4-3.5GHz processor and 1.0 – 1.6 GHz GPU, 16GB of LPDDR5 RAM and up to 512GB internal storage which can be expanded with a microSD card. Valve says the battery will last between 2-8 hours on a single charge and it will depend on the type of games players will play.