Obi-Wan arrived to Fortnite on May 26th 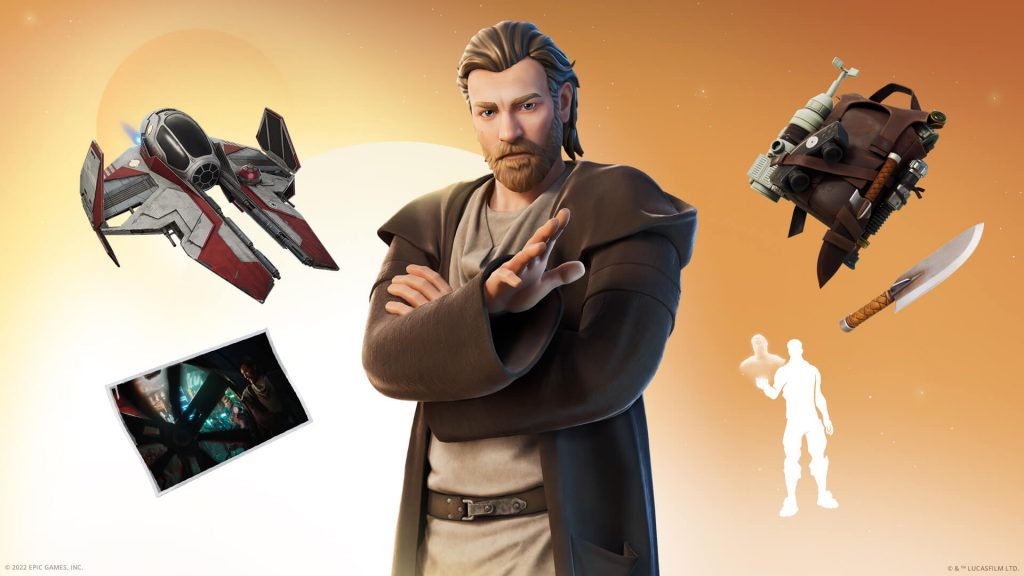 Epic games announced that Obi-Wan Kenobi will be the latest Star Wars character in the battle royale as they put him on the game’s item shop on May 26th.

That’s the day before the new show Obi-Wan Kenobi debuts on Disney Plus. In addition to the Jedi Knight himself, players can also snap up a bundle that includes a Jedi Interceptor glider and a pickaxe blade that is sadly not a lightsaber.

This is not the first crossover between Fortnite and Star Wars. Just this month, Epic temporarily added lightsabers back into the game, and prior to that, characters like the Mandalorian have been notable additions to new Fortnite seasons.