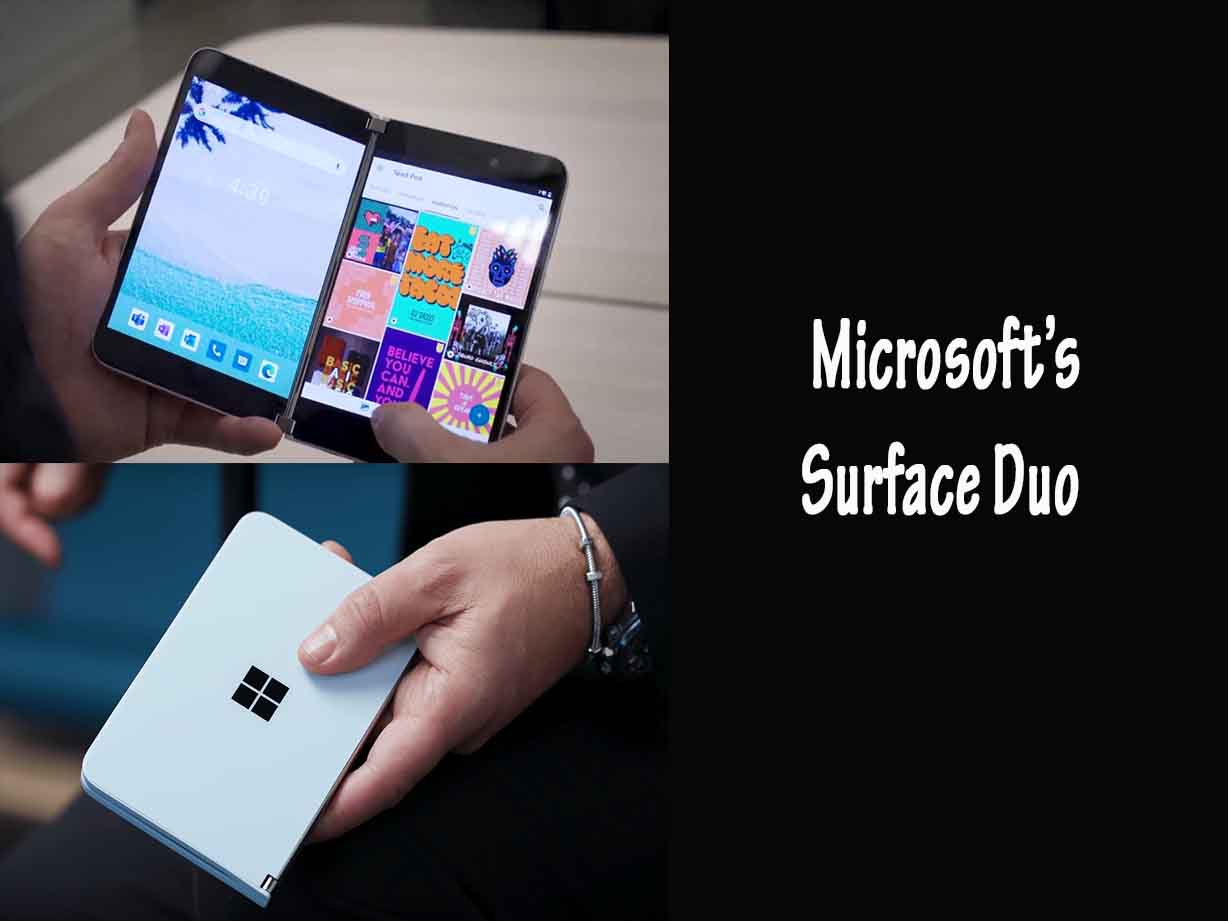 Microsoft’s first ever dual screen smartphone has come out. It is named “Surface Duo” and is available for order now with a price of $1399.

It features a two 5.6 inch OLED screens with a resolution of 1800 x 1350 pixels. These screens are separated by a 360 degree hinge and you can open it like a book or fold it back to back. But this Surface Duo seems too big to call it as a phone. Microsoft announced the Surface Duo alongside the Surface Neo: a dual screen tablet/phone hybrid which is built for Windows version dual screen devices rather than Android.

Surface Duo has 6GB of RAM and a Snapdragon 855 processor, and includes a 3577mAh battery. It comes in two variants: 128GB and 256 GB. There will be only one 11 megapixels camera which can be either a front or rear camera depending on how you use the hinge. It will authenticate users by a fingerprint scanner and will support inputs from the Surface pen. It will also have a Type-C USB port for charging and it runs on Android 10.

The only down thing is that it will not be able to support the Surround Sound System as it will only have one speaker on it. But it is understandable as the Surface Duo simple have too many ways to hold the device and it will be very challenging to do so.