Huwaei announced its first ever e-reader 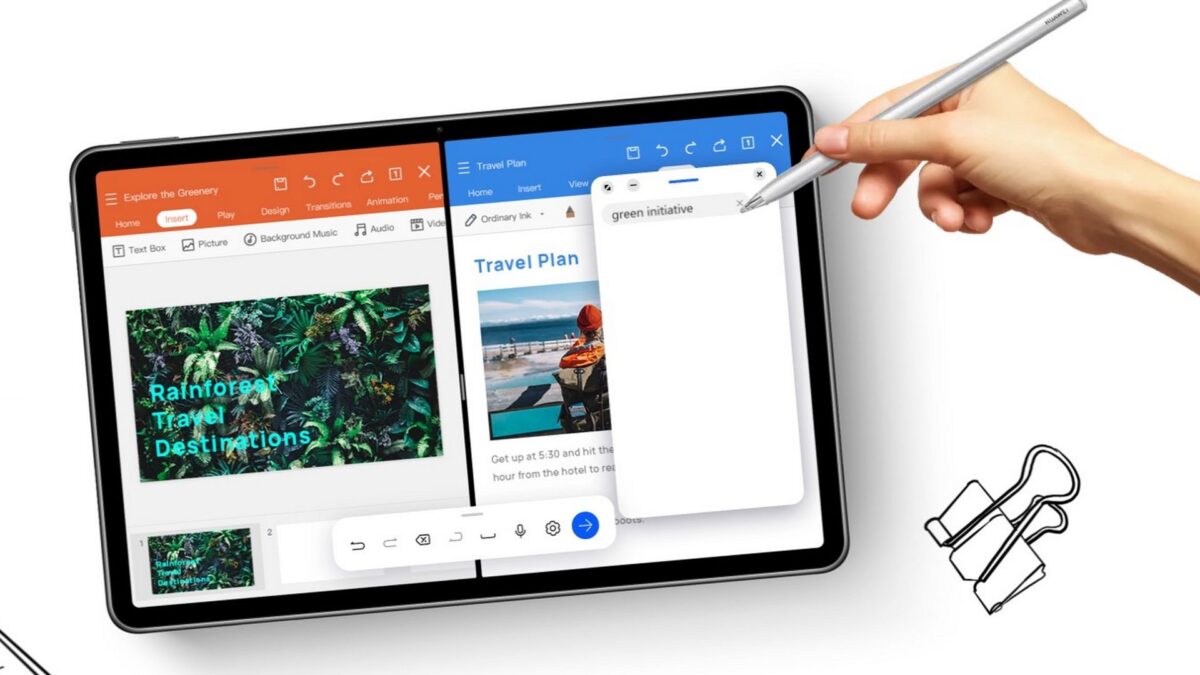 Huawei is starting to get into the e-reader market with their first ever e-reader, the MatePad Paper. It’s said to be compatible with Huawei’s M-Pencil stylus, so it can be used for taking notes in addition to just reading like other typical Kindle e-readers.

There’s also a built-in microphone for voice recording and a larger 10.3 inch E Ink display compared to the roughly 7 inch screens found on most Kindles. These specs mean that the MatePad Paper has the potential to be a productivity device, in addition to a device aimed purely at consumption.

All these features don’t come cheap, with the Huawei MatePad Paper at a recommended retail price of €499 (around $558). That’s a lot compared to the starting price of around €90 for Amazon’s Kindles, but it’s more in line with a comparable Android tablet like the Onyx Boox Note Air 2, which retails for €499 in Europe.