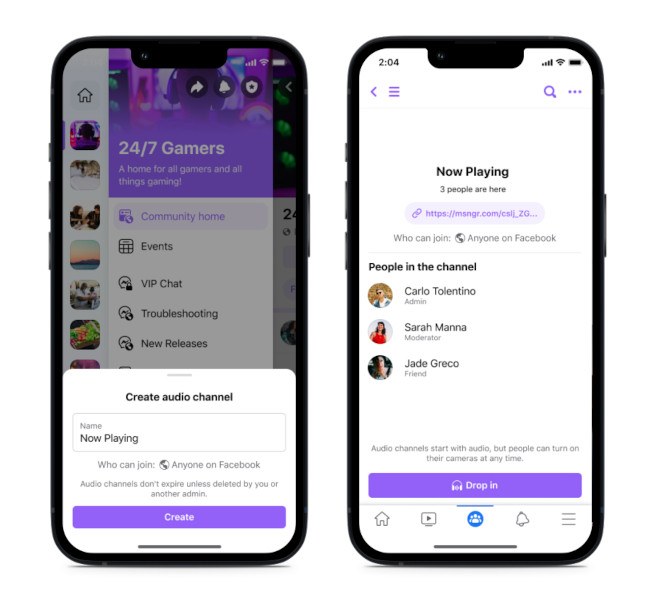 Facebook Groups are about to get some big changes, and if you’ve used Discord, the new approach should seem pretty familiar. Meta is testing a new left-aligned sidebar and channels list for Groups, and the changes are giving me some serious Discord vibes. Meta is even evoking Discord with a purple accent color.

Central to the changes is a new sidebar that lists your groups with rounded square icons. Like with Discord and Slack, you’ll be able to pin groups so that they show up first on the list. Individual groups will have a new menu that seems lifted right from Discord. The menu organizes things like channels, Messenger conversations, and events one after another.

Channels in Groups can be text chats, audio rooms, or feed rooms where people can post and comment in a way that’s similar to what you’re used to seeing on your own feed. Text chat looks like a Messenger thread, while audio rooms look a lot like audio rooms in Discord.

You can get a look at all three of those channels in this gallery of screenshots from Meta, which just so happens to feature a hypothetical group dedicated to video games. I wonder why that might be.